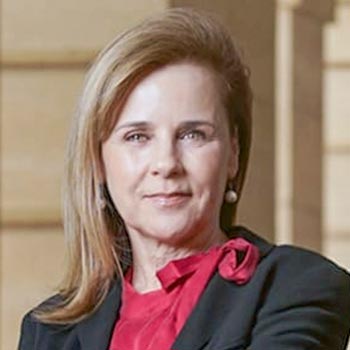 is a partner in the Laredo law firm of Whitworth Cigarroa, PLLC.

She is engaged in a broad civil litigation, business litigation, election law, and mediation practice with an emphasis in marital matters.

Before practicing law in Laredo, she earned her Bachelor of Arts in Political Science from the University of Texas and a J.D. from The University of Houston Law Center. Following law school, Martha began working for the law firm of Person, Whitworth, Borchers & Morales, L.L.P. and remained there for 32 years.

Martha has served as President of the Laredo Young Lawyers Association and has held numerous offices with Laredo-Webb County Bar Association. Martha has authored and presented legal articles in Laredo, San Antonio and the cities in between covering issues related to oil and gas and marital property law.

For decades, Martha has provided legal services and advice to Casa Misericordia, a battered women’s shelter, serving as general counsel and as an advocate for victims of family violence.

In 2009 Martha was inducted to the inaugural chapter of the American Board of Trial Advocates in Laredo; a nationally recognized legal organization committed to the preservation of the civil jury system and has served in numerous capacities.

Since 2010, Martha has served as a Webb County Election Judge and has served in that capacity to this day.

Martha has served in numerous capacities including as President, as an officer and member of the board for the Society of Martha Washington, a social organization in which young men and women in the Laredo area are brought to society.